ARUP were comissioned to simulate storm events along Barmouth’s coastline to compare the effectiveness of the different defence options that are being considered. A summary of the areas know to be suffering with ongoing flooding is shown below. 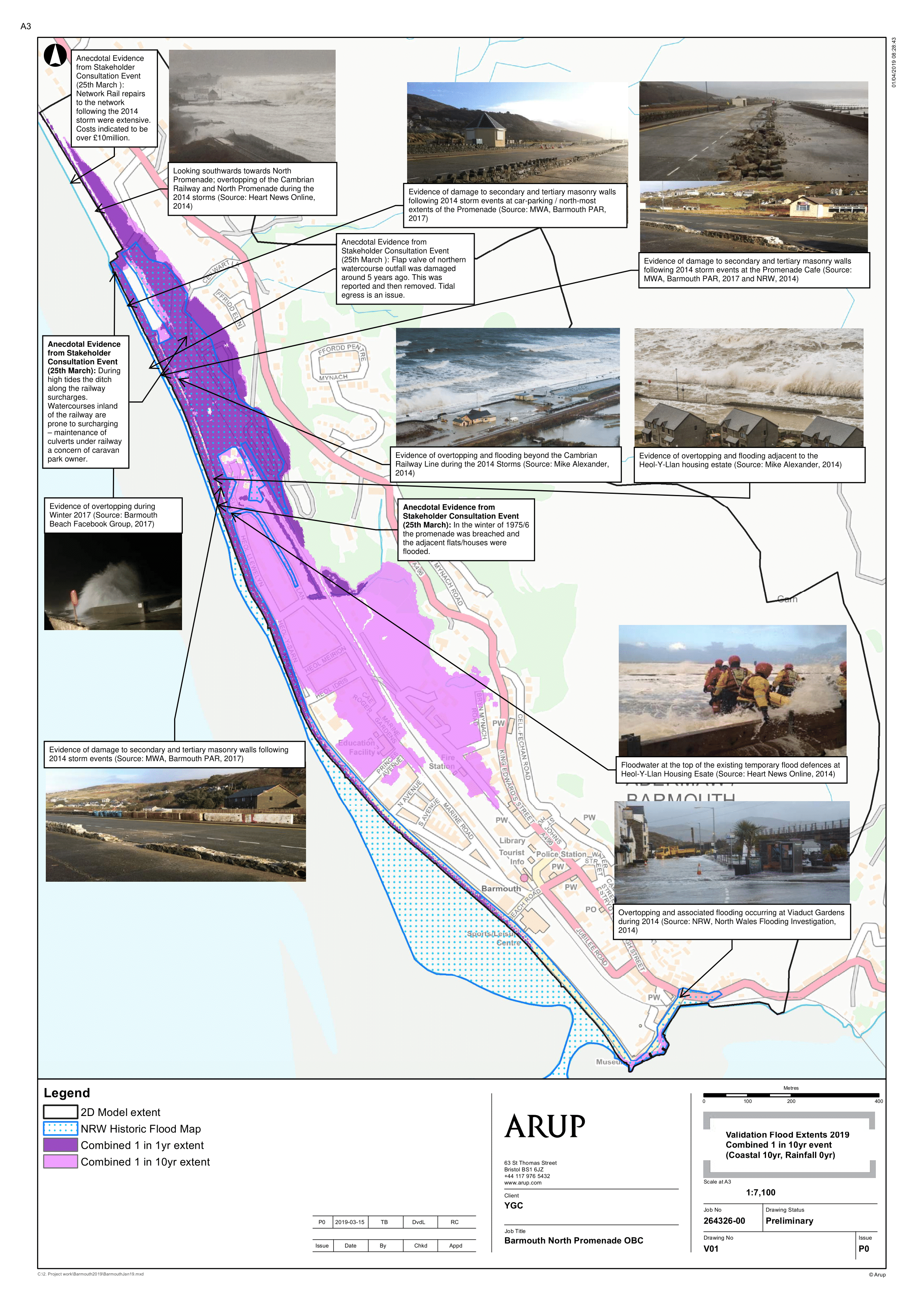 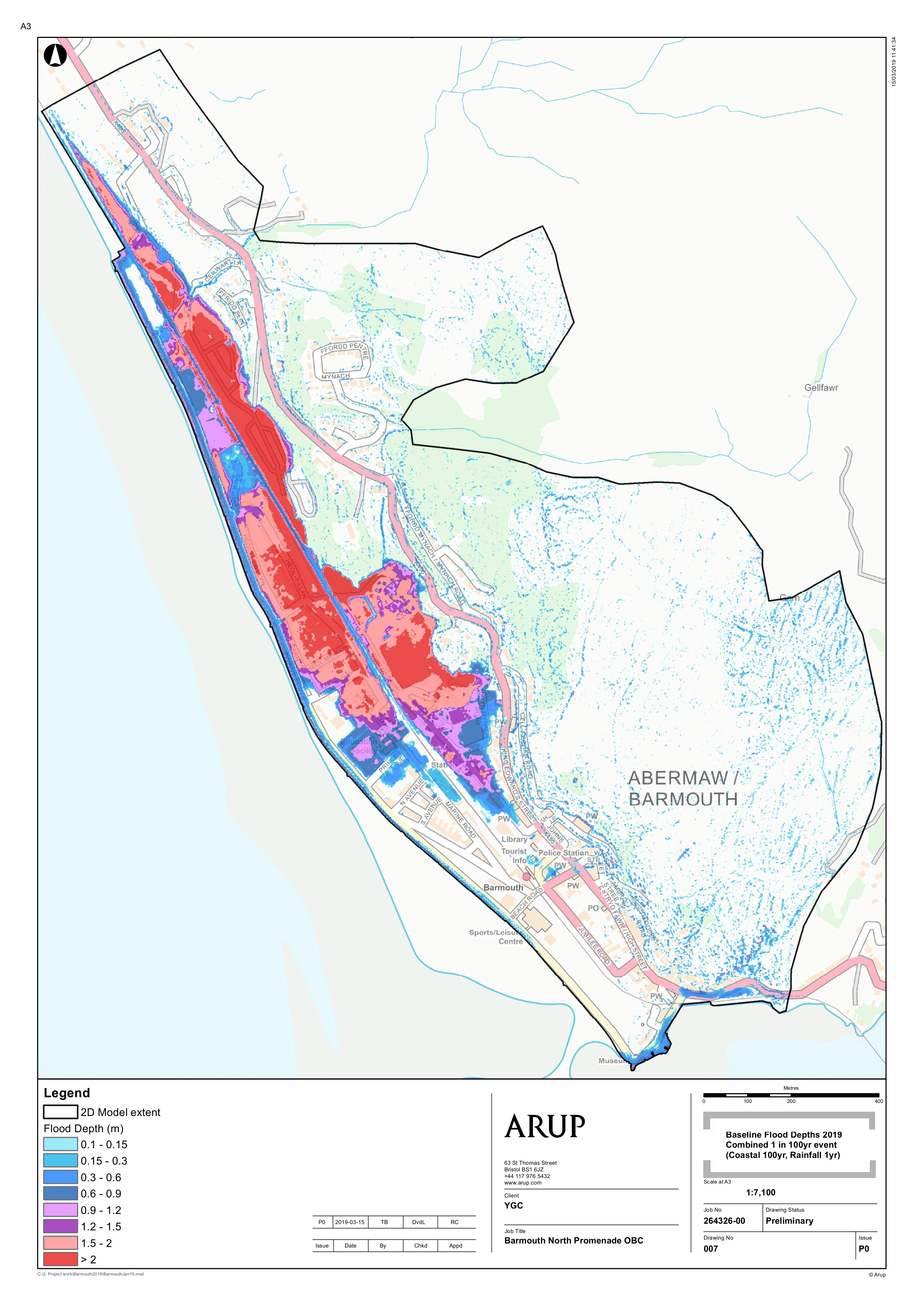 This scenario shows the depth of flooding along Barmouth’s coastline in a 1 in 100-year coastal flooding event. What this means is that an event of this size typically only occurs once every one hundred years. However, that does not mean it couldn’t happen tomorrow.

In this flooding scenario, with the current defences remaining as they are today, many areas could see flooding up to, and in some places, over 2 m of flood water inundation. 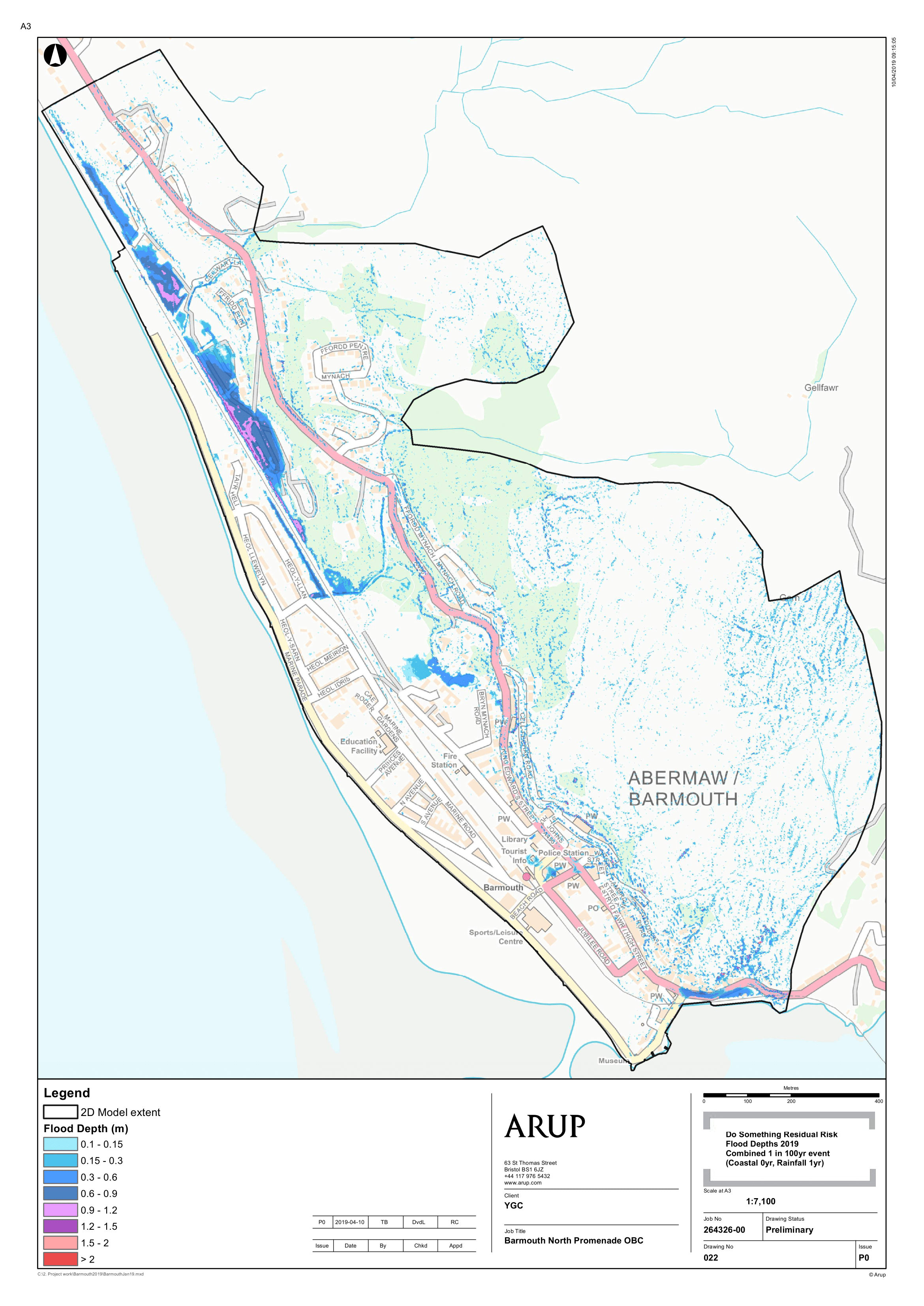 Do something scenario: 1 in 100 year event

This scenario shows the depth of flooding along Barmouth’s coastline in a 1 in 100-year coastal flooding event with the preferred option in place. The new main flood wall height will be 0.45 m higher than the old flood wall, providing much greater protection.

In this flooding scenario, with the improved defences, all areas to the West of the Cambrian Coast railway previously inundated by seawater are now flood-free. The blue and purple shading to the East of the railway is due to surface water from high rainfall. 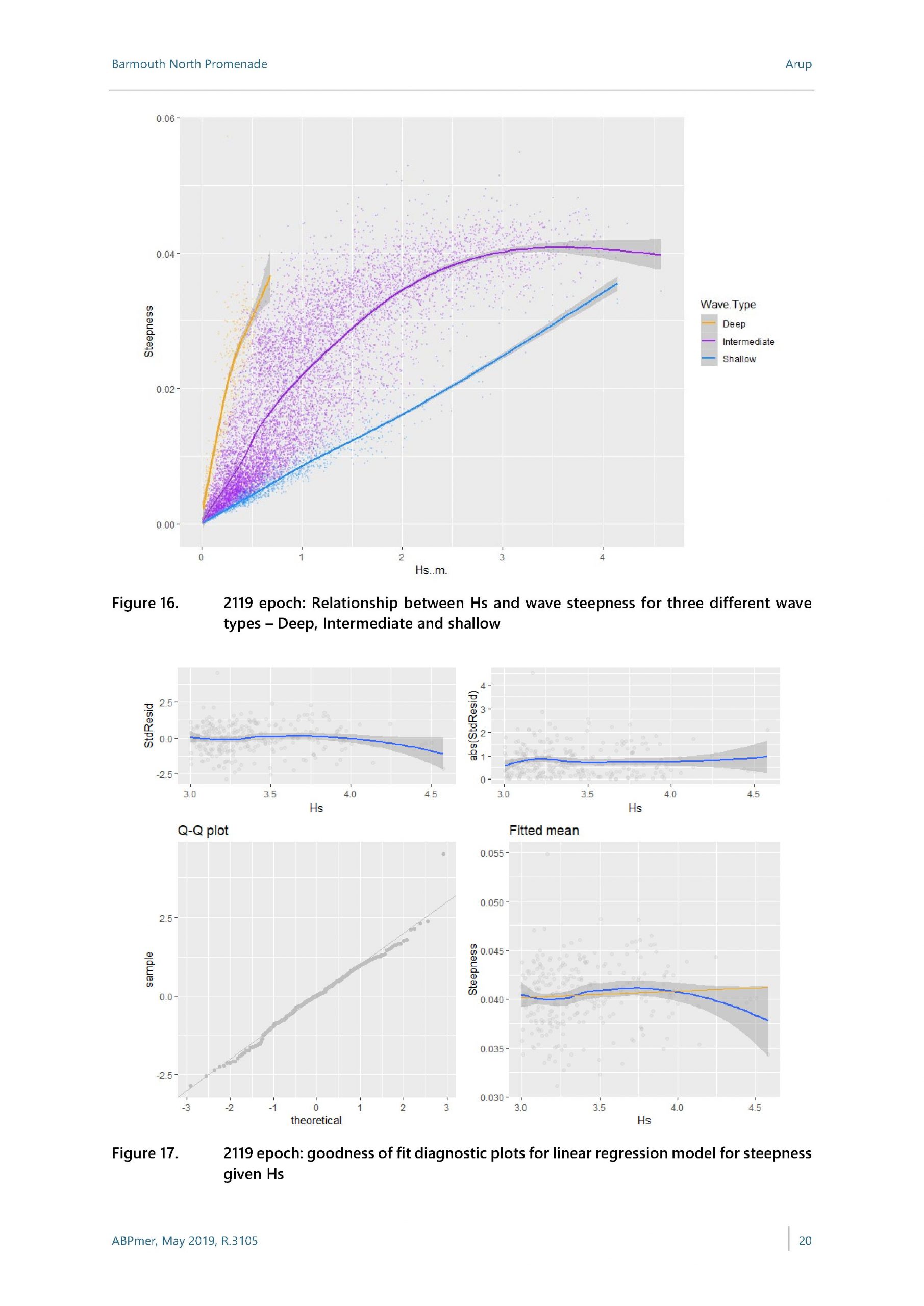 Extensive modelling of coastal processes has been undertaken along the Barmouth coastline, which as directly contributed to the decision-making process and the selection of the preferred option. The modelling has accounted for sediment transport, wind direction, wave action, wave overtopping of defences, and wider eastuary dynamics.

Each option on the short list has been analysed in terms of ther respective performance with regards to coastal processes and ability to cope with waves (especially in extreme events). This has helped to give scientific backing to the option we selected.

For example, it was found that along the Northern section of Barmouth’s north promenade, the use of beach recharge (dumping sand in front of the sea wall) as a method of reducing wave energy on the sea wall was uneconomical due to the high amount of wave energy along that section. Sand would easily and frequently be washed away here, so rock armour (large boulders) were a better option for this area.

On the other hand, further towards the south of the scheme, the impact of waves was felt less-intensely, and therefore the use of sand to defend the sea wall was deemed appropriate.  Therefore, as well as informing where which defences should be, the coastal processes modelling has reduced the amount of money the scheme would cost be limiting the areas where rock armour is needed.